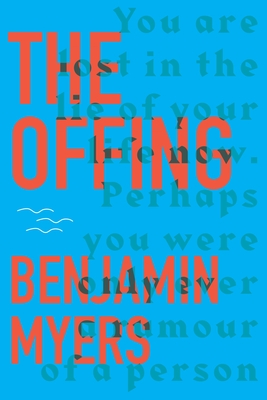 Set in England over a summer in the aftermath of the second world war, the book follows 16-year-old Robert Appleyard, son of a coal miner, who leaves Durham village to head south and search for any work that isn't coal mining. Eventually he finds himself in the old smuggling village of Robin Hood's Bay. It's here he meets Dulcie Piper, a fiercely independent woman, three times his elder, living with her protective German Shepherd named Butler in an unusual cottage. Seeing Robert from her yard, Dulcie offers him a room. The teenager plans on being there for only a night but Dulcie is entirely different to anyone he has ever met. Soon he finds himself trading his work for food and her infections company. She is verbose, eloquent, lobster eating, sexually liberated, motherly and foul-mouthed. He is a nationalist. She is a bohemian. As well as feeding him, Dulcie introduces him to poetry: "mankind's way of saying that we're not entirely alone." She introduces Robert to writers he has never heard of - Lawrence, Whitman, Auden, Keats, Dickinson, Bronte, Rossetti - and food he has never tasted. Eventually, Robert finds an unpublished manuscript in a decaying shed. Dulcie reveals she was once the lover of Romy Landau, a tragic German poet. The manuscript, (also called The Offing), is his, and Dulcie's past begins to unfold. It leads to the revelation of a tragic secret and a message from beyond the grave.

Benjamin Myers was born in Durham, UK, in 1976. He is in an award-winning author, poet and journalist, translated into several languages. His most recent novel The Offing was a bestseller in the UK, and serialized on BBC Radio, while The Gallows Pole won the Walter Scott Prize - the world's largest prize for historical fiction - and has been identified as a contemporary cult classic. His novel Beastings (2014) won the Portico Prize For Literature and was recipient of the Northern Writers' Award. Pig Iron (2012) was the winner of the inaugural Gordon Burn Prize and runner-up in The Guardian's Not The Booker Prize. A controversial combination of biography and novel, Richard (2010) was a bestseller, chosen as a Sunday Times book of the year. Myers' 'folk crime' novels Turning Blue (2016) and These Darkening Days (2017) were widely acclaimed by critics including Val McDermid. As a journalist he has written about music, the arts and nature for publications including New Statesman, The Guardian, The Spectator, NME, Mojo, Time Out, New Scientist, Caught By The River and many others. His short stories and poetry have appeared in dozens of print and small press anthologies, chapbooks and underground obscurities. Benjamin Myers currently lives in the Upper Calder Valley, West Yorkshire, UK.
Loading...
or support indie stores by buying on