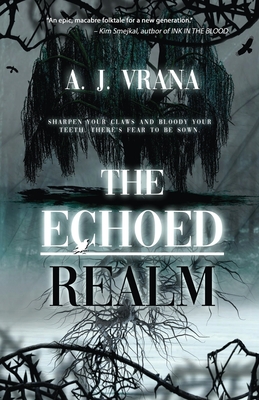 Ancient fables rise from the grave and take a sinister turn in the thrilling sequel to A. J. Vrana's haunting dark fantasy debut, The Hollow Gods. Fans of V. E. Schwab and Maggie Stiefvater will devour this macabre folktale, even as it awaits to consume them from between the pages.

It's been three years since the Dreamwalker upended her life and left her with a heavy burden. A fledgling to the ethereal realm, Miya stumbles into the nightmares of those haunted by spectres. Little does she know, one of them is coming for her, clutching a dark secret abreast.

Kai has found a new purpose with his companion, but the price is his freedom. Bound and beholden to Miya, he struggles to adjust to his new role as her vanguard.

Meanwhile, Mason discovers he may be a pawn trapped in a web of schemes. Was his time in Black Hollow an accident, or was it only the beginning of some greater machination?

As Black Hollow's bloody stain spreads beyond its wooded borders, Miya fights to evade a past she barely understands. The Dreamwalker's legacy is a vise grip, and it isn't letting go. Primordial horrors draw near, fables come alive, and long-buried histories rise from the grave, ready to hunt.

Sharpen your claws and bloody your teeth. There's fear to be sown.