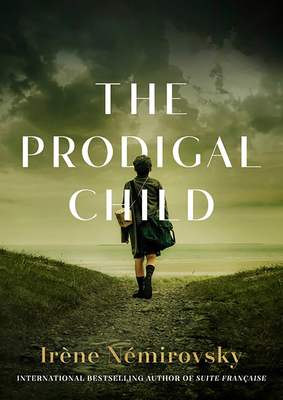 A story of hope and inspiration that becomes torn in the hands of the cold and greedy, and of betrayal by the powerful over lesser ones.

Set in what was then contemporary Russia at the turn of the century, in a large port town on the Black Sea, The Prodigal Child is a story of a boy with a gift for composing poetry and songs—his inspiration drawn from within—who attracts the attention of a Princess. This wealthy and sophisticated woman rescues Baruch from his hard life, though it is one he also adores as a Jewish boy coming of age in his Orthodox Jewish community. But his freedom turns into a prison for him as he hopelessly falls in love with the Princess, who has no interest in the boy other than for the entertainment he provides her with his art. Falling deeper and yet with no rescue this time, he becomes ill and in his throes loses his gift, the very reason he had met the Princess in the first place. Of no use to her any longer, he is returned to his family to suffer tragic consequences.


Praise For The Prodigal Child…

“Stunning . . . [Némirovsky] wrote, for all to read at last, some of the greatest, most humane and incisive fiction.”
— New York Times Book Review

“A masterpiece of observation and character study.”
— New York magazine

“Breathtaking. . . . Némirovsky [has] powers of social observation, [and an] implacable eye for the nuances of human conduct.”
— The Financial Times

Irene Némirovsky was born in Kiev, Ukraine, in 1903 into a wealthy Jewish family. From there they moved to St. Peters-burg, Russia where she continued a life of privilege until the Bolshevik Revolution caused the family to emigrate to Fin-land, then to Sweden, and finally to France in 1919 where she immersed herself in the company of thinkers, artists, musi-cians and cultural elites as a part of the Parisian literati of her time.

Sixty-two years after her death, in 2004, Irene Némirovsky’s never-before-published Suite Française, a novel of France during the German Occupation, received the prestigious Prix Renaudot, and brought international acclaim to this gifted writer whose life was tragically lost in the Holocaust. She passed from typhus in 1942 in the Auschwitz concentration camp at the age of thirty-nine, leaving behind two young daughters and an enduring legacy in literature.

Sandra Smith was born and raised in New York City. As an undergraduate, she spent one year studying at the Sorbonne and fell in love with Paris. Immediately after finishing her BA, she was accepted to do a Master's Degree at New York University, in conjunction with the Sorbonne, and so lived in Paris for another year. After completing her MA, she moved to Cambridge, where she began supervising in 20th Century French Literature, Modern French Drama and Translation at the University. Soon afterwards, she was accepted to study for a PhD at Clare College, researching the Surrealist Theatre in France between the two World Wars. Sandra Smith taught French Literature and Language at Robinson College, University of Cambridge for many years and has been a guest lecturer and professor at Columbia University, Harvard and Sarah Lawrence College.