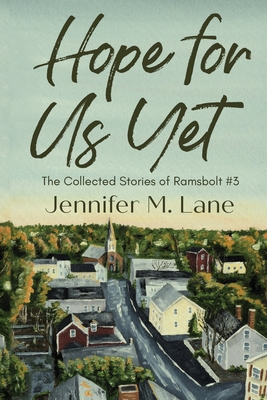 Hope for Us Yet

Inside her flower shop, Adelle enjoys a quiet, drama-free life, but outside, Ramsbolt, Maine is crumbling. The town is decaying, stores sit empty, and there isn't enough money to solve the town's problems. If something isn't done, Adelle will lose her home, her shop, and the quiet life she loves.

When the town manager quits, and Ramsbolt is left without leadership, rumors spread that the town could be sold, merged with another, and charged a tax no one can afford. All eyes turn to Adelle. After all, her father ran the town for decades. But he suffered for the cause. He only wanted the town to be happy, but residents wanted someone to solve their petty squabbles rather than address real problems. Adelle has no interest in that demanding lifestyle.

Then suddenly, her father's old political opponent rises up again. While she resists running for office, the man who drove her father to his lowest point starts a ruthless smear campaign against her, urging town residents to support annexation and sell Ramsbolt to another town.