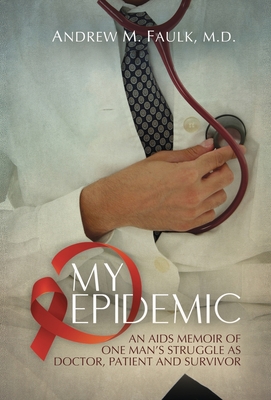 An AIDS Memoir of One Man's Struggle as Doctor, Patient and Survivor

WHEN YOUNG DR. ANDREW FAULK first learned he was HIV-positive, he was devastated for it certainly meant imminent death. Until then, he'd been an outstanding young physician with years of intensive training. That day, without warning, he faced the great divide of his life. Due to the rigors and stress of training, he considered abandoning his medical career. But, instead, he dedicated the remainder of his life to the fight against AIDS, ultimately participating in the care of approximately 50 patients who died, many his own peers, including his partner. Being HIV-positive, Faulk discovered something other doctors didn't experience--in every patient he cared for, whatever the symptoms, he saw himself. As patients and friends died around him, at any time he, too, could have "stepped off the earth." Yet with intuition, insight and compassion, he brought peace and comfort whenever possible to those he called "my guys." After a long silence he recounts those heroic years and tells this, his true story as doctor, patient and survivor.