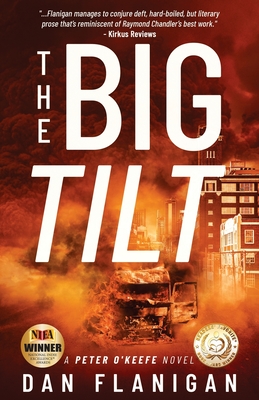 The war in Vietnam didn't kill Peter O'Keefe. Neither did his run-in with ruthless crime boss "Mr. Canada" in the Arizona desert. But chasing after justice in his own hometown just might.

A year after the private detective uncovered a criminal ring disguised as a mink farm in the Ozarks, O'Keefe is back home and back in trouble. A high school crush of O'Keefe's turns up dead, but the details don't add up. His pal, Mike Harrigan, has put his trust in the wrong people and now stands accused of crimes that could put him in the slammer. And O'Keefe? The mafia has put a price on his head.

In their search for the truth, O'Keefe and his team will have to venture into the criminal underworld of their city, each step forward bringing them closer to the edge. As trouble begins creeping closer to home, O'Keefe must decide if he's willing to pay the cost of justice - before someone else makes the decision for him.