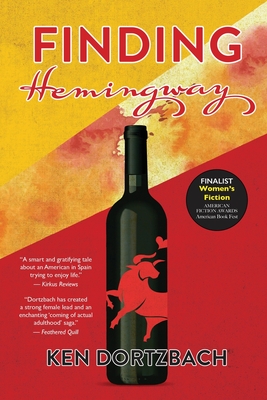 My phone rang.
"Callie, it's me," came the voice. A voice I'd heard somewhere before, like on an old-fashioned newsreel.
"Who is this? Do I know you?"
"The sun also rises in Spain," he continued. "I'm waiting for you. You must find me."
My stomach lurched.
"Hemingway? Mr. Ernest Hemingway?" I asked cautiously.
"Yes, that's correct."
"The Pulitzer Prize winner? The Nobel Prize author?"
"Correct again. Well done," he said.
"The deceased Ernest Hemingway?"
"Death is but a small detail, Callie. Pay it no mind."


So began the journey of Callie McGraw, a hyper-focused, overachieving New York City lawyer with an ongoing passion for The Sun Also Rises. Being in-between jobs, she began packing her bags for Spain's sun-kissed streets that same night.

Starting in Barcelona, Callie embarks on a six-month escapade of a lifetime, a whirlwind of Spanish food, wine, art, and dancing, with a revolving cast of new friends and lovers keeping her company in each new locale.

Callie's next cocktail is never far away, but Hemingway knows her secrets, the demons that plague her deep-down. With each mysterious call and each enigmatic clue, Hemingway challenges her to open herself to laughter, passion, and love. Ultimately, he defies Callie to face her nightmares and embrace life on her own terms.