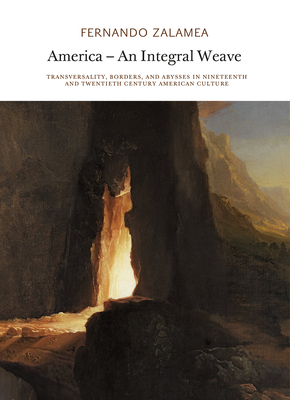 A dynamic critical and philosophical study of modern North American and Latin American cultures via art, architecture, philosophy and mathematics.

With an unprecedented ease of movement between literature, music, art, architecture, mathematics, and philosophy, this richly illustrated study enters into the "electromagnetic field" between Latin America and North America with two complementary essays examining some of the principal features of their intellectual and creative landscapes throughout the nineteenth and twentieth centuries.

"Under the Sign of Jonah" explores how nineteenth-century North American culture adopted and transformed the legacy of romanticism, with sensitive readings of the work of Herman Melville, Albert Pinkham Ryder, and Charles Sanders Peirce among others, before turning to the continued presence of romantic problematics in Edgar Varèse’s music, Frank Gehry’s architecture, and the conceptual mathematics of William Lawvere.

"The Borders and the Pendulum" addresses Latin America as a margin in continual dialogue with 'major' culture, detailing the movement from a universalist panoscopy which imagined an integrated American culture to a mid-century microscopy focused on the regional, to late twentieth-century responses to postmodernism in the form of a telescopy that operates both a differentiation into the local and a transversal integration into universal modernity.

Continually shuttling across disciplinary borders, Zalamea approaches his subjects with a philosophical depth and conceptual agility that is a mark of the true polymath; his thought-diagrams of a dynamic continent are an indispensable guide to the transits and syntheses not only between the Americas, but between the romantic, the modern, and the contemporary, supplying the attentive reader with all the equipment they need to venture off the beaten paths of (post)modernity.

Fernando Zalamea is Professor of Mathematics at the Universidad Nacional de Colombia. His research interests include alternative logics, Peirce and Lautman studies, and the philosophy of modern and contemporary mathematics. He has published numerous books and essays in cultural studies, philosophy, and mathematics, including Synthetic Philosophy of Contemporary Mathematics (Urbanomic/Sequence Press, 2012). In 2019 he published the first monographic study on Alexander Grothendieck's work. He has received prestigious essay awards, including Siglo XXI (Mexico 2012), Jovellanos (Spain 2004), Gil-Albert (Spain 2004), Kostakowsky (Mexico 2001), and Andrés Bello (Colombia 2000).