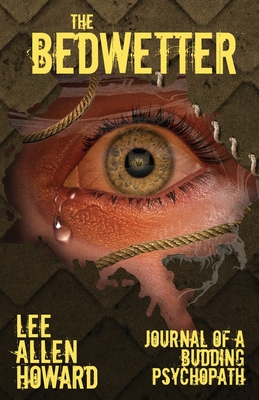 Journal of a Budding Psychopath

Russell Pisarek is twenty-six years old and still wets the bed. He grew up different from other young men because his vicious mother punished him for wetting by shaving his head. When he confided this to his girlfriend Tina, she betrayed him, advertising his problem to all their high school classmates, who turned on him mercilessly. He took out his frustration by skinning neighborhood cats.

Now Russell fantasizes about finding just the right woman-so he can shave her bald. He struggles to overcome his dark tendencies, but when his sister discovers he's wetting again, she puts him in dire straits.

During this time of stress, the mythical Piss Fairy appears in his dreams, and Russell is driven to satisfy his twisted desires with an innocent coworker, who also needs a new roommate.

When Russell's plans go awry, the Piss Fairy commissions him for a much darker task that graduates him from shaving to scalping-and worse.

This novel depicts intense violence, hardcore horror, and disturbing psychological terror in the vein of such works as Jack Ketchum's The Girl Next Door, Cormac McCarthy's Child of God, Joyce Carol Oates' Zombie, J. N. Williamson's The Book of Webster's, and Jim Thompson's The Killer Inside Me.

Although The Bedwetter is a fascinating in-depth character study into the mind and actions of a misogynistic and homophobic psychopath, the story events are vicious and brutal, the language coarse, and the approach to their reporting is cold and unflinching. Some scenes depict animal cruelty, which is germane to the behavior of a developing serial killer.

This book is not for the faint of heart or those easily offended by language, sex, or violence. Read at your own risk.

Praise for The Bedwetter

"Lee Allen Howard's prose crackles with an energy that is rare and refreshing in the genre. Highly recommended for fans of truly dark fiction." -BestThrillers.com