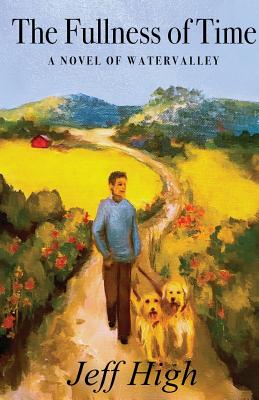 The Fullness of Time

A Novel of Watervalley

After a turbulent eighteen months, Luke Bradford is finally at peace with his new life as the sole physician in rural Watervalley. It is Christmastime, the town loves him, and his marriage to his beloved Christine is a few short months away. Then, an unexpected turn of events and finances changes everything for Luke, allowing his all-but-forgotten dream of doing medical research to be within his grasp. Now, he must choose between the obligations of his heart and the ambitions of his career. Meanwhile, the new owner of the town's only bed and breakfast arrives under mysterious circumstances, reviving decades-old rumors around the B&B mansion's cryptic past and stirring all the locals into a suspicious, whispering frenzy. With Luke's help, the town warmly engages the newcomer, but Luke quickly notices his new friend is in fact, a man of many secrets who has come to Watervalley with a desperate agenda. As well the stranger's two beautiful children have an uncanny, otherworldly gift. As the spring approaches, the long hours of patient care, the indecision about pursuing his dream, and the stress of bottling up all his emotions takes their toll, poisoning Luke with a brooding resentment. One by one the once stable elements of his world spin out of control, culminating into a crisis of choice that will have devastating effects on his career, his friendships, and his impending marriage. But within the curious world of Watervalley, the past has a transcendent effect on the present. In the fullness of time, events from long ago may yet come together to make Luke's world whole again.