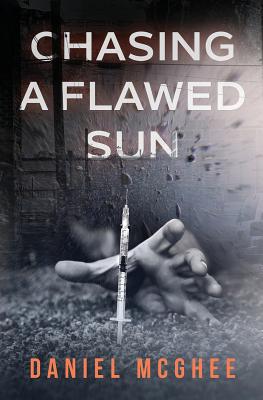 The phrase "Heroin saved my life" could be considered both controversial and even offensive to some. However in "Chasing a flawed sun" the author shows us how after breaking him down and almost taking his life several times, the battle with the drug did just that.

This is a true story. A transparent story of the life of a young man in America, who, like many of our lost youth, found his way into the drug culture. This story is an autopsy into the mind, heart and soul of an addict. It begins at childhood and takes us through the thoughts, turmoil and inner conflicts of a person lost in the undercurrent of addiction, and ends in a climax of self discovery, and realization.

It is a gripping tale of a suburban youth and his journey through the streets of Baltimore, institutions, prisons, addiction, and worst of all, his own mind. What makes it so unique is the vulnerability and transparency with which it is told. It is the goal of this story to not only to tell a vivid tale but to also share hope and experience with those who are actively struggling with their own demons, and to shed some light to those who have lost or are currently dealing with a loved one who is struggling with addiction, alcoholism and/or a lost sense of "self".

Daniel McGhee lives and owns several businesses just outside of Baltimore, Md. He also owns a non-profit and works with addicts, children and homeless in his area. In his eighteen years in recovery he's learned to enjoy writing, fitness, and traveling the world. He enjoys going to other countries either for relief work, exploration or just chasing the sun that never ceases.