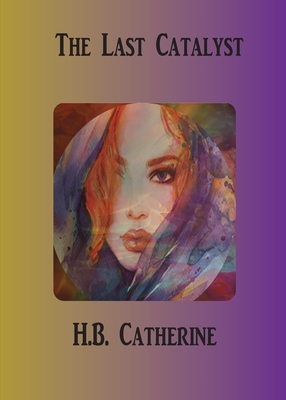 Anastasia has never really fit in here with her off-standish attitude, strange looks, and awkward demeanor, being brought here as an infant to escape the decades long civil war raging in Magiahortus between the Catalyst and Spongos Clans. Not that her social ineptness was entirely her fault; she was trained, as all Magieks are, to control her emotions and in such an emotionally riddled place, that was not the easiest task for a teenager. In fear of being found out and imprisoned or ridiculed as the "witches" and "magicians" before them (where did you think the term magician was coined or all those witches they burned came from?), she was raised in seclusion with her caretaker, Vivian; only being allowed to attend high school.

So, when a Hunter of her realm, sent by the Spongos Lord Stefan attacks her in her home and Vivian disappears, Anastasia is forced to run to the only friend she has, a human named Marion. Quickly traced to Marion's home, a Hunter captures them and out of fear, she accidentally summons a force unknown to her, putting their quest into motion. Setting out to rescue Vivian, she and Marion discover that the rift amongst the realms has reopened and the only way back is a key that has never been found - uncovering the secrets and lies that Anastasia was raised on along the way.