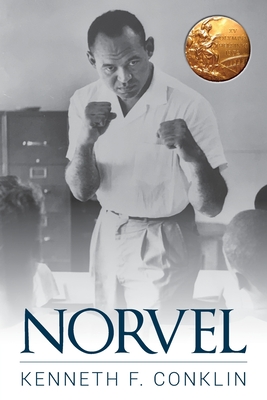 Norvel Lee, an unsung historical figure, rightfully should be included on a list of famous African Americans.

On a September morning in 1948 - while a member of the U.S. Olympic team, a Howard University student, and a veteran of World War 2 - Norvel Lee was arrested for taking a seat in the white section of a segregated train in rural Virginia. Lee's appeal of the case resulted in a landmark Jim Crow era civil rights decision.

Norvel Lee spent his childhood in a rustic, segregated Black community nestled in the Blue Ridge Mountains of Virginia. His father was a day laborer for the railroad while his mother expected her children to get an education and become involved in community affairs. In spite of obstacles such as Virginia's Jim Crow laws, limited schooling opportunities, and a speech impediment, Norvel's life journey led to exceptional accomplishments in the larger world.

Among those accomplishments were earning his wings as a Tuskegee Airman and as a member of the 1948 and 1952 U.S.

Afterward he received several post-graduate degrees. While raising and empowering their family Norvel and his wife then dedicated their lives to educating and mentoring young people and contributing tirelessly to community outreach organizations in the Washington D.C. area. He also served as a senior officer with the U.S. Air Force Reserve. Norvel Lee was truly an unsung hero who deserves recognition as a civil rights leader who made a profound difference in people's lives.

Based on true events, NORVEL is a meticulously researched story about a remarkable man.