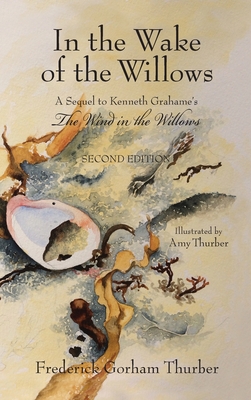 In the Wake of the Willows (2nd Edition)

A Sequel to Kenneth Grahame's, The Wind in the Willows

A New World version of a classic, set on a New England coastal estuary in the 1920's. This is a story about the denizens of a very special river. For like their relatives on the other side of the ocean, this river had its own Rat, Mole, Badger, Otter, and Weasel clans.

When a spooky nocturnal creature starts terrorizing the riverfront, Mr. Rat's clever daughter sets to work solving the mystery and unmasking the culprit. But that is only the beginning of the intrigue and adventure one eventful summer.

This lyrically-written book features a mysterious Native American prophesy, a suspected sea monster, a scavenger hunt with a surprising twist, persnickety weasels, a mysterious clue etched on a piece of birch bark, some hilarious hijinks by Mr. Toad's son, a chatterbox bobolink, a devastating hurricane, a heroic rescue, a liberal sprinkling of gentle humor, nautical adventures in wooden boats, some historical fiction, an unusual square dance with fireflies, a campfire on the beach at night watching shooting stars, some scalding Advanced Praise, an outrageously conceited poem by Mr. Toad, and an snarky interview by the author.

This story is set against the rural backdrop of coastal New England almost a century ago. All the natural history and science in this book is accurate and will inspire young readers to learn more. Most of the locations, boat names, and historical events are accurate for the times.