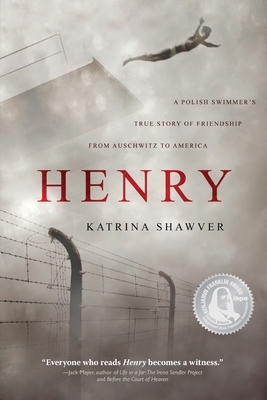 A Polish Swimmer's True Story of Friendship from Auschwitz to America

"Everyone who reads Henry becomes a witness."--Jack Mayer, author of Life in a Jar: The Irena Sendler Project and Before the Court of Heaven

This incredible true story is both a witness to the Holocaust through Polish eyes and the story of how Henry Zguda, a Polish Catholic swimmer, survives Nazi concentration camps Auschwitz and Buchenwald by his wits, humor, luck, and friends. At times humorous, always gut-honest, this account fills a huge gap in historical accounts of Poles during World War II.

May 30, 1942, Krak w Poland. German SS guards arrest Henry Zguda on a dark narrow street for one reason only: he was Polish at a time Germany swore to destroy all of Poland. Two weeks later he arrives at Auschwitz and is now Prisoner #39551. In March 1943 he is transferred to Buchenwald near Weimar Germany. There he is labeled Prisoner #10948

May 3, 1945, Dachau Germany. Near death, Henry writes home for the first time in three years: "Beloved mother, I am alive."

Katrina Shawver met Henry in 2002 when she wrote for the Arizona Republic, and after one meeting offered to write his story. They soon became close friends and friendship remains a theme throughout.

Relevant history is woven throughout the account, resulting in a unique perspective of both Jewish and Polish suffering in Nazi-occupied Poland. Henry's story is backed by meticulous research and original documents and photos, many in print for the first time. If you are a discerning adult looking for an intelligent read, this book is for you.

"...a top 'must have' acquisition for any collection strong in Holocaust survival accounts."-- D. Donovan, Senior Reviewer, Midwest Book Review

"Highly recommended."--James Conroyd Martin, author of The Poland Trilogy and The Boy Who Wanted Wings