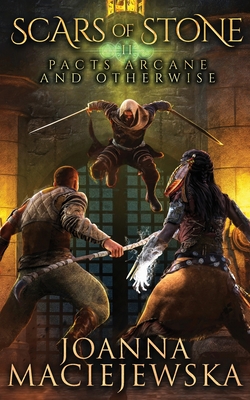 Discovering the truth about magic is one thing. Doing something about it will require bloodletting, backstabbing, and a bunch of lies.

The battle with a demonic foe had opened Kamira's and Veelk's eyes: they were unprepared for their task. If they want a chance of freeing Veranesh from his crystal prison, they need the help of a brilliant inventor imprisoned by Gildya, a man also desired by the refugee queen, Cahala, who will stop at nothing to slate her thirst for magic.

Time is also of the essence as Archmage Yoreus maneuvers for power. Once he claims the title of the first archmage for himself, he will tie up all loose ends, and that entails burying Kamira, Veelk, and a long line of secrets he'd prefer to be forgotten.

Kamira and Veelk have a rule, "no heroics, survival first." When dealing with demons, avoiding heroics is easy. But survival? Not so much.

Join Kamira and Veelk in their adventures as they face Devanshari warriors, high mages, and demons

This is book 2 of Pacts Arcane and Otherwise. If you're new to the series, check out book 1, By the Pact, instead