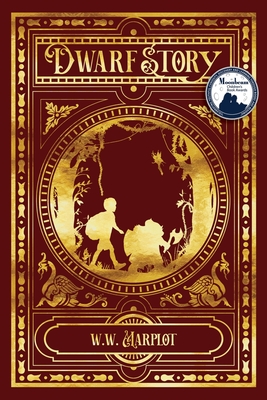 "A super cute middle-grade fantasy, mixing modern with fantastic. There are dwarves, pixies, libraries, old books, giants, cell phones, and a bit of everything for every reader." -Goodreads Reviewer

Young readers will laugh along as a group of modern-day kids unravel the mystery of why fairy tale characters have invaded their school days and taken over their seaside town.

Fans of tabletop role-playing games will love getting lost in Emma and Arty's adventure-guided by their love of maps, old books, and public libraries. As they learn more about the cause of all the fairy creature chaos, things turn dark and dangerous. They'll need help from their friends and a few new allies to confront the Gwyllion, that legendary Old Woman of the Mountains, whose sinister plan turns the neighborhood into a fantasy battleground.

"In cartoons, Dwarves wear vests with large buttons, have adjectives for names, and help people lost in the woods. In real life, in the twenty-first century, in a backyard and around family dogs and houses, they look like rocks, have bad tempers, and don't care if they appear to you as axe-wielding maniacs. And they don't sing or whistle while they work; they grunt. And spit.

As I was observing the fellow, he looked at me and did spit in my direction, adjusting for the wind. The leftover dribble stuck in his beard. This and the thick, dark hair on his arms glistened like dewy grass, and the skin of his face and hands also shone, but with a dark, nasty sweat.