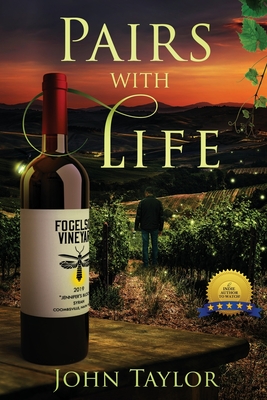 Forty-eight-year-old Corbett Thomas, a one-hit wonder of the 90s, now works as the lead sommelier at Napa Valley's hippest restaurant. Set to become one of the few Master Sommeliers in the world, Corbett self-destructs during his final exam, ruining his last chance at capturing the stardom and adoration he got a taste for in his youth.

When billionaire game designer, Brogan Prescott, asks Corbett to consult on a major vineyard acquisition, Corbett sees it as a shot at redemption, until he learns of Brogan's ridiculous vision of a virtual-reality, Woke Ant Colony Winery. Disgusted, Corbett decides to buy the vineyard himself and preserve its magic and history. Cashless, clueless, and with his reputation in tatters, Corbett enlists the help of his bass-player-turned-lawyer Seamus O'Flaherty, who may have finally lost his stomach for Corbett's bad ideas; his uber-rational daughter Remy, who wants Corbett to uncork some family secrets he'd rather leave in the cellar; and Sydney Cameron, whose sudden appearance in Corbett's life may repair his heart or shatter it forever.

With their help-and sometimes despite it-Corbett discovers what Brogan has known all along: a four-billion-dollar gold deposit lies beneath the vineyard. If Brogan acquires the property, the ensuing gold rush will destroy Napa Valley.

But if Corbett can get out of his own way long enough to purchase the vineyard first, he'll be faced with the hardest decision of his life: take the fame and fortune he desperately craves, or save the soul of the valley he loves so much.