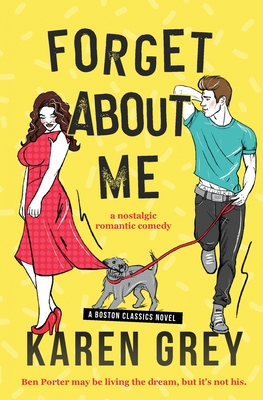 Ben Porter may be living the dream, but it's not his.

His dad's health scare might not be the ideal reason to come home for the summer, but it's a welcome break from the stellar glitz of Ben's life in Los Angeles. Even if modeling has him rivaling Marky Mark's fame, posing isn't his passion. Landing a role with a Boston Shakespeare theater brings him closer to fulfilling his dreams of being a real actor.

Facing the reason he went west in the first place? That's another story.

Lucy Minola's dreams were shattered seven years ago when a drunk driver smashed into her brother's car. She knows it was her fault. So as penance, she works hard to care for her family, goes to confession faithfully, and buries all the feelings she had for the person who left when she needed him most: her brother's best friend.

When an injured dog brings them back together, Lucy's good-girl fa ade begins to crack. Women everywhere are obsessed with the rad bod they see in magazines, but she's the only one Ben seems to notice.

She can't trust herself with the man who walked away... but can she let him go a second time?

This bittersweet romance, Book #2 in Karen Grey's 1980's Boston Classics series, proves that everyone deserves a second chance in love and in life.