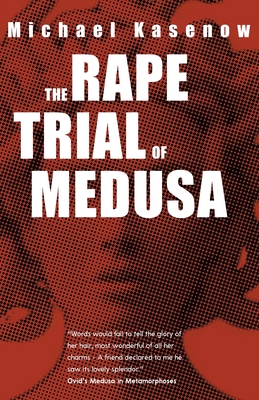 The Rape Trial of Medusa

"Words would fail to tell the glory of

her hair, most wonderful of all her

charms-A friend declared to me he saw its lovely splendor."

Young and beautiful, Medusa was alone in Athena's Temple, where she was raped. She did not see her attacker and Athena blamed and punished the young maiden for her rape.

Athena cursed Medusa into the infamous snake-headed monster whose gaze turns any man into stone. After all her years in exile, on her rocky island, Medusa Gorgon will finally have her trial, in New York City.

Medusa will be defended by Maggie Harper, the famous defender of women and their rights. This international trial of the century is loaded with politics, moralists, and media of all types, asking the questions: Was Medusa raped? If so, who raped her? And why was she cursed into a monster?

"All truth passes through three

stages: First it is ridiculed;

second, it is violently opposed; third,

it is accepted as