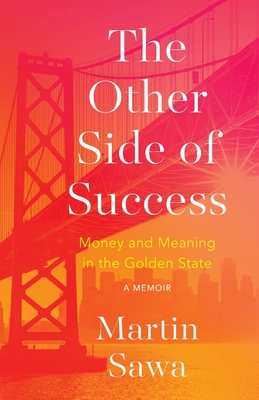 The Other Side of Success

He chased the American Dream. Did his cutthroat journey break him...or see him reach his greatest achievement?

Northern California, 1978. Martin Sawa refused to let poverty define his future. After growing up the son of penniless Ukrainian immigrants, the almost-thirty-year-old impulsively quit his nine-to-five to become a real estate salesperson working solely on commission. Determined to prosper despite his bare trickle of income and deteriorating home life, he set out to mold himself into a major player in San Francisco's high-stakes commercial minefield.

As Sawa pushed his career forward-making bigger deals at each painstaking step up-he had one hand on the prize he'd dreamed of for years. But with stress driving him to alcoholism and poor choices, it took tragedy to force him to confront the true cost of his sacrifices.

Was the financial wealth worth the price of his soul?

Laid out in an intimate and passionate memoir, Sawa's honest appraisal of his wins and losses in a volatile time of technological, social, and political change reveals an intensely personal challenge. Serving as a reminder of what really matters in the single-minded grind for excellence, his struggles to be his best self help the rest of us understand that we're often exactly where we're meant to be.

The Other Side of Success: Money and Meaning in the Golden State is a raw, in-depth look into a man with something to prove. If you like insider insights into high-level business, overcoming racial boundaries, and the fragile balance between prosperity and ruin, then you'll love Martin Sawa's emotional rollercoaster.