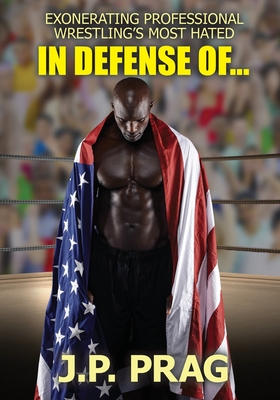 In Defense Of... Exonerating Professional Wrestling's Most Hated

Certain people, events, organizations, and storylines in wrestling history have gotten a bum rap. Some writers have presented overtly critical comments and outright lies as fact, and others have followed suit. Well no more "In Defense of..." has one reason: to bring the truth to the wrestling fan

This was part of the opening lines to every issue of the classic anthology series In Defense Of..., a 64-part expos that fought to dispel the myths surrounding the Internet Wrestling Community's (IWC) most hated targets. Now, all 29 cases have been brought together under one title, edited into in a streamlined format, and buoyed with rare and never before seen bonus material

Remember: the trial is not over until the defense rests