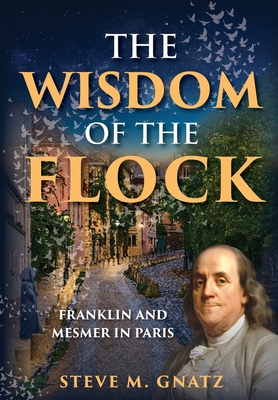 The Wisdom of the Flock

Franklin and Mesmer in Paris

A WORLD OF ENLIGHTENMENT, REVOLUTION, AND INTRIGUE

1776: Benjamin Franklin sails to Paris, carrying a copy of the Declaration of Independence, freshly signed. His charge: gain the support of France for the unfolding American Revolution. Yet Paris is a city of distractions. Ben's lover, Marianne Davies, will soon arrive, and he yearns to rekindle his affair with the beautiful musician.

Dr. Franz Mesmer has plans for Marianne too. He has taken Parisian nobility by storm with his discovery of magn tisme animale, a mysterious force claimed to heal the sick. Marianne's ability to channel Mesmer's phenomena is key to his success.

A skeptical King Louis XVI appoints Ben to head a commission investigating the astonishing magn tisme animale. By nature, Ben requires proof. Can he scientifically prove that it does not exist? Mesmer will stop at nothing to protect his profitable claim.

The Wisdom of The Flock explores the conflict between science and mysticism in a time rife with revolution, love, spies, and passion.