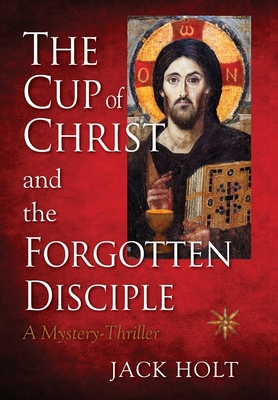 THE CUP of CHRIST and the FORGOTTEN DISCIPLE

How could two men from two different families and time periods of twelve hundred years apart possibly have anything in common? While it might seem impossible, yet that is part of the mystery surrounding Joseph of Arimathea and Lord Robert de Borron.

Each man is unknowingly drawn into a maelstrom of trained assassins, who stalk both. Why does a diabolical cardinal want to kidnap a twelfth century writer? One of these men has been tasked with writing a mysterious, long-forgotten book, while the other finds himself in the position of having to translate the same secret text, but twelve hundred years later.However, the test of their strength and character comes when each man has to struggle with making the choice of protecting his family or his faith. Why would two men, who seemingly have nothing in common, be faced with the same choices over a protracted period of time?

Only a wealthy first century merchant and forgotten disciple know the never-before-read contents of this sacred book with its arcane symbols and numbers.