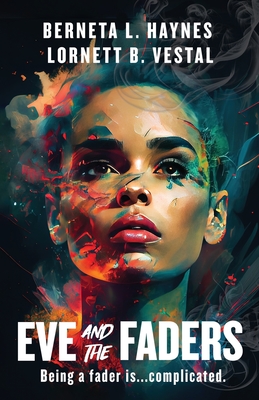 Eve and the Faders

"I'm not a hero, and this isn't a comic book movie. Now move out of the way." - Eve Cooper

The first time it happened, Eve almost killed a kid. That's when she learned the importance of secrecy-after all, it was nobody's business that she could disappear or break most things with her bare hands. Years later, she lives an ordinary life as a high school English teacher, with a bank account as bleak as her social life and nobody aware of her special gift. As it turns out, an ordinary life sort of sucks.

When Eve receives a lucrative offer to join the Special Procurements Initiative, she learns of the existence of others like her-faders. Desperate for money, she accepts the offer. Everything seems to be looking up for once, that is, until an incident during training results in a mysterious murder. Now, she's a fugitive on a quest to uncover the truth about the Initiative's peculiar interest in faders. After spending her whole life living in secrecy, can she hide long enough to expose the Initiative and free herself...?

Thoughtful and visceral, Eve and the Faders takes readers on a journey that forces us to reckon with our own understanding of power and freedom.