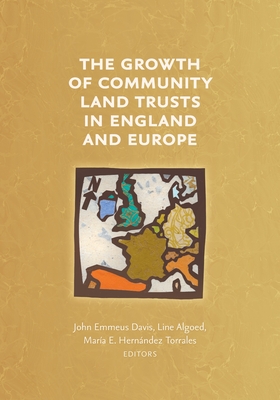 The Growth of Community Land Trusts in England and Europe

During the past two decades, as markets have pushed the price of land and housing beyond the reach of low- and middle-income families, governments in England and Europe have struggled to provide effective policy responses. Problems of affordable housing, social displacement, and degradation of the existing housing stock have grown steadily worse. This has prompted NGOs and community activists to seek innovative solutions of their own, looking beyond conventional approaches to housing provision long promoted by either the market or the state. One promising innovation, in particular, has attracted an increasing amount of attention and support: the community land trust (CLT).

The first community land trusts in England were developed in the early 2000s. The first CLT on the European continent was established in Brussels in 2012. The first Organismes de Foncier Solidaire, the French version of a CLT, was established in Lille in 2017. Interest in the model has grown ever since, both within these countries and in those nearby.

This growth has been seeded and supported by national CLT networks in England and France and by a cross-national partnership funded by the European Union, known as Sustainable Housing for Inclusive and Cohesive Cities (SHICC). Founded in 2017, SHICC has raised the profile of CLTs among policymakers and housing activists across North-West Europe and has provided essential resources for CLT projects.

Featured in the present monograph are local, national, and cross-national efforts to grow the CLT movement in this part of the world. The monograph's chapters were selected from On Common Ground: International Perspectives on the Community Land Trust, a collection of twenty-six original essays published in June 2020 by Terra Nostra Press. But in the years since these essays were written, there have been significant changes among CLTs in London, Brussels, England, and Europe -- and within the networks supporting them. Postscripts have been added to this monograph's chapters, therefore, bringing the story of community land trusts in these cities and countries up to date.