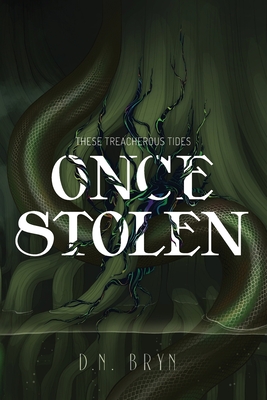 No one with half a brain would rob the jungle's most notorious energy cartel-but their power-producing stones are the only thing that soothes Cacao's mysterious pain, and after being banished from his homeland for similar thefts, the lonely naga is desperate enough to try.

When his ramshackle thievery goes wrong, a chaotic escape leaves him chained to the cartel's prisoner: a self-proclaimed hero with a hidden stash of power stones so large that Cacao would never need to steal again. He's determined to get his hands on it, even if it means guiding the annoyingly smug, annoyingly valiant, and even more annoyingly beautiful hero back home. But their path runs straight through the mist-laden and monster-filled swamp that exiled Cacao, with scheming poachers and a desperate cartel leader on their tail.

The selfish and the self-righteous can only flee together for so long before something snaps...

Return to the These Treacherous Tide's steampunk-inspired world of mermaids and reimagined mythological creatures in this fast-paced, standalone adventure with an insult-slinging, opposites attract, hate-to-love romance between a grouchy thief and a sassy, self-proclaimed hero.﻿