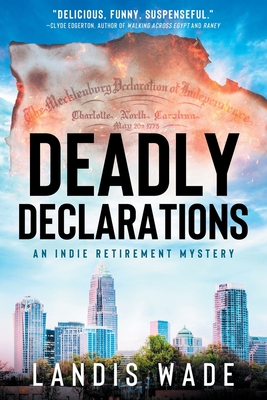 It's modern day in the New South City of Charlotte, North Carolina, when three retirees at the Independence Retirement Community, a/k/a The Indie, team up to investigate two mysteries related to the death of a 96-year-old resident. Why was his manuscript about the Mecklenburg Declaration of Independence missing when they found his body? And why did his handwritten will dated the day he died disinherit his beloved granddaughter (his only heir), and leave his $50 million fortune to Sue Ellen Parker, the most despised resident at the Indie?