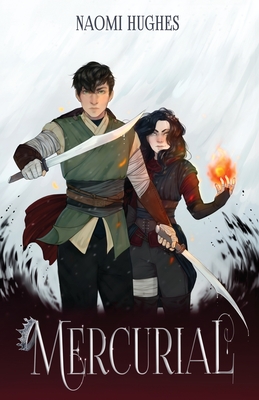 Everyone fears the Destroyer. The metal in her blood gives her incendiary powers, and the coldness in her heart makes her the empress's perfect weapon...until a rebel attack leaves her with no magic and no memories.

The reluctant bodyguard sworn to serve her.

Tal's god asked him to protect the Destroyer years ago. He said yes, and he's regretted it ever since. Now that she's powerless he can finally end her reign of terror-if he can stop himself from falling for the wicked, funny, utterly unfamiliar girl she's become.

And the assassin who will save him.

Nyx was furious when her brother, Tal, abandoned her to obey a faithless god. Now, she hones herself as a rebel assassin until she can kill the Destroyer and rescue Tal. But the closer she gets, the more she realizes the entire empire hinges on the decisions the three of them will make...