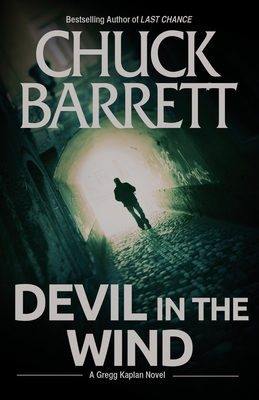 Devil in the Wind

Gregg Kaplan-a former officer with the CIA-is hired by a private investigator to track down a missing man whose last known location was France.

He enlists Pete Moss, a retired Witness Security Deputy U. S. Marshal, to help him locate the man. What Kaplan doesn't know is that the man he is supposed to find is not who he was led to believe-the beneficiary of a fortune.

Their first stop is Beaune, France where the search turns deadly when they confront a Russian asset on the same mission. This coincidence triggers Kaplan's operative instincts and plunges the duo into the dark clandestine world Kaplan thought he'd left behind.

As Kaplan is drawn deeper into the dangerous mission, he quickly uncovers the hidden agenda for the real reason he was hired. The man he is supposed to locate is actually an exiled traitor who considers himself a whistleblower and is wanted by the United States Government. Kaplan's mission: to recover the information the traitor stole.

As the body count rises and the pieces fall in place, Kaplan learns he has been betrayed. A sin he won't forgive. He enlists the help of France's GIGN to track down the traitor.

This desperate hunt -rampant with intrigue and treachery-thrusts Kaplan and Moss into an adrenaline-charged race to prevent the traitor and what he stole from falling into the wrong hands. Because that knowledge could bring the free world to its knees.