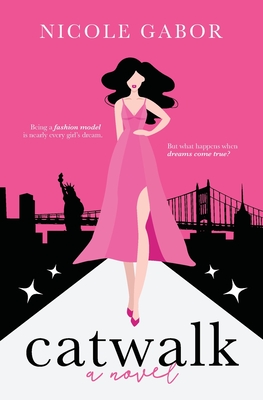 Being a fashion model is nearly every girl's dream. But what happens when dreams come true?

"AT THAT MOMENT, IT HIT ME.

I was a mere mortal in a room full of demigods: actors, actresses, bygone legends of the stage and screen; men and women who had traipsed down red carpets all of their lives, whom the rest of the country, no, the world, had pined for, had paid to know the secrets of. Here I was standing among them, cavorting with twenty-first century royals."

Eighteen-year-old shy, suburban aspiring model Catherine Watson longed for adventure, for a life less...ordinary and moves away to pursue her modeling dream in New York City. When she is "discovered" by the hottest fashion designer in the pages of Vogue magazine, "Cat" thinks she has it all as the New York fashion world's new "It" girl.

Her life is thrust into an alternate universe, where star-studded cocktail parties, casting calls, go-sees, and nightclub openings revolve around her like constellations and she tries to play the part. Her former self, "Catherine," was now a shadow of who she was, and what she was becoming. Leaving her good-girl image behind, Cat quickly learns things aren't always what they seem on the catwalk, and she's faced with a decision that will change her life forever.

Drawing on her own experiences as a model in the fast-paced fashion industry, author Nicole Gabor masterfully weaves a timeless story of self-discovery, coming of age, and the perils of first loves.