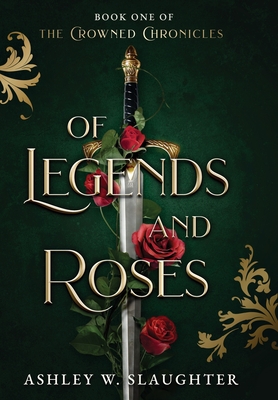 Of Legends and Roses

A realm touched and forgotten by magic.

A young queen orphaned by disease.

A prince after her heart.

Queen Rosemary Avelia knows little about ruling a kingdom, and even less so about the ancient legends of her land. Since no one has been born Talented in centuries, she simply scoffs at the idea of magic. However, when the charming Prince Gryffin Danicio arrives just as her kingdom is under a deadly threat, he shows her that not all kingdoms of the Magian Peninsula have so quickly dismissed the legends of the Talented. Perhaps the Talented should not so easily be forgotten.

Of Legends and Roses is the first book in The Crowned Chronicles, a series following passionate and determined Queen Rosemary as she faces reign, love, the threat of war, and the mystifying world of the Talented.