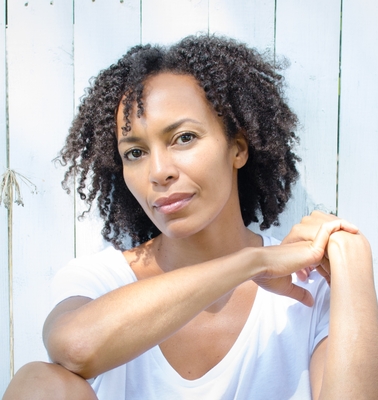 In the plays collected here--Ramp and Mushroom--Pulitzer
Prize finalist Eisa Davis mingles modes of myth and speculation,
documentary and fiction in two plays about family, desire, restorative
justice, ecological sustainability, and immigration amongst the working
class. Ramp adapts the foundational Egyption saga of Isis /
Osiris and sets on a near-future airline ramp, where siblings Isis,
Osiris, Seth, and Nepthys throw luggage on planes and bicker about our
thorny, precipitate futurity: should change be fast or gradual? Can the
ecological revolution we require for survival produce ease and peace if
it's rooted in violence? Is the path to utopia brutal? Must it be? Mushroom
centers on the lives, loves, and working conditions of the Mexican and
Central American mushroom-pickers in and around the town of Kennett
Square, Pennsylvania, where over 40% of all the mushrooms we eat in this
country come from. Through a series of intersecting
narratives traversed by English, Spanish, K'iche' and Malayalam
speakers, Mushroom considers a workplace dispute that has
serious ramifications for multiple immigrant families, mapping
how compassion and justice might intersect.

EisaDavisis an award-winning actor, writer, and singer-songwriter working on stage andscreen. She was a finalist for the Pulitzer Prize in Drama for her play Bulrusher, and wrote and starred in Angela's Mixtape, named a best of the year by TheNew Yorker. Other plays include Ramp (Ruby Prize winner), The History of Light (Barrymorenomination), Paper Armor, Umkovu, Six Minutes, Warriors Don't Cry, Mushroom, and : Girls:: Chance:: Music: . Collaborations include Mazeat The Shed, The House on Coco Road, Active Ingredients, HipHop Anansi, and Cirque du Soleil's first ice show, Crystal. Worksin progress include a sound art installation/performance piece entitled The Essentialisn't, and amusical version of Devil In A Blue Dress. Eisa wrote for both seasonsof the Netflix series She's Gotta Have It, and is creating a limited seriesbased on the memoir by Carlotta Walls LaNier, the youngest member of the LittleRock Nine. Eisa is a 2020 Creative Capital recipient. She was awarded theprestigious Herb Alpert Award in Theatre, and was a resident playwright at NewDramatists, where she won the Helen Merrill Award and the Whitfield Cook Award, among others. She has received fellowships from Sundance, Yaddo, the MacDowellColony, Cave Canem, and the Doris Duke, Van Lier and Mellon Foundations. As anactor, she is an Obie Award winner for Sustained Excellence in Performance.Eisa's recent work includes a microplay by Lynn Nottage in the virtual seriesTheatre For One, the role of June in the musical adaptation of The SecretLife of Bees (AUDELCO award, Lortel nomination), Kings at the Public(Drama League nomination), the 2017 Shakespeare in the Park production of JuliusCaesar, and Preludes created by Dave Malloy and Rachel Chavkin, forwhich she received her second Lucille Lortel nomination. Other theatreperformances include Antigone in Ferguson, Luck of the Irish (Lucille Lortel and AUDELCOnominations), the world premieres of This and The Call, thefirst revival of ThePiano Lesson at Yale Rep (also composer and music director), and theacclaimed Broadway rock musical Passing Strange, captured on film bySpike Lee. Current television work includes Betty, Bluff City Law, GodFriended Me, Rise, Condi Rice on The Looming Tower, and Succession.
Loading...
or support indie stores by buying on