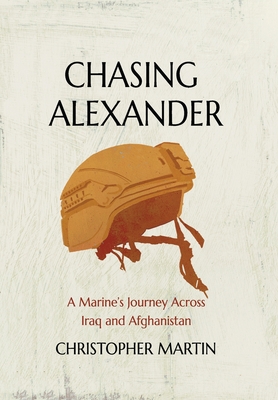 A Marine's Journey Across Iraq and Afghanistan

A haunting, fast-paced war memoir, Chasing Alexander is Christopher Martin's account of the wars in Iraq and Afghanistan.

A failing college student obsessed with Alexander the Great, Martin enlists in the US Marines to become a different sort of man, a man like Alexander. From his difficulty at boot camp to his disappointing deployment to Iraq, Martin fears he may never follow in Alexander's footsteps.

﻿Then, after a strategy change, Martin and his unit arrive in Marjah, "the bleeding ulcer" of Afghanistan. There he faces heat, fleas, and a hidden enemy. As the casualties mount, Martin struggles to control his emotions and his newfound sense of power. Chasing Alexander looks unflinchingly at the seductive side of war, and its awful consequences.