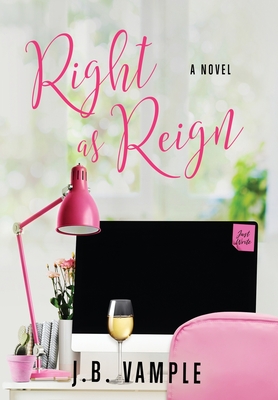 Can a woman who has spent her life hiding her feelings between the pages of a notebook, gain the courage to bare them to the one she's meant to be with?

Reign Price has always had a good head on her shoulders. At thirty-two, she's an editing supervisor, in the process of purchasing a home, and when she's not journaling her deepest thoughts into one of her notebooks, she's making time for her loved ones. Reign seems to have it all together-on the outside.

That's because Reign's ability to suppress her feelings is unmatched. Putting on a brave face while uttering the words "I'm fine" is a skill she has mastered. While her relationship of six years is on the verge of crumbling, Reign tries her best to remain stoic. However, after a devastating betrayal, she's forced to face her emotions head on.

Through it all, she rekindles a once-close friendship with Chase Williams-her best friend's older brother. Leaving a dead-end relationship of his own, Chase realizes that being close to Reign again is what he wants.

As old feelings resurface, and new desires reach fever pitch, Reign finds herself faced with a dilemma: be honest about how she truly feels, or risk losing the best thing that has ever happened to her.