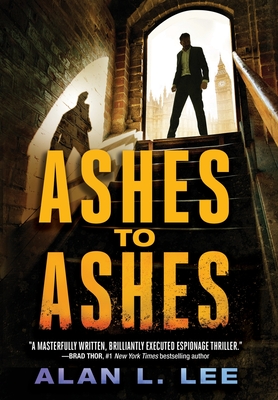 They call him The Devil.

Dead-set on settling an old score with a sworn enemy, Alex Koves is AWOL and on the hunt. As a once-rising CIA star, he's forced to take matters into his own hands to protect both himself and his lover Nora Mossa - but to do this, he'll need to place his trust in an elusive Russian woman who could sell him out at any moment.

More myth than man, the Mossad operative Nathan Yadin is known to his fellow countrymen only as The Devil. After stumbling upon a sinister operation to sabotage a key nuclear treaty - and a plot to kill Alex and Nora for their meddling with Iran - he's forced to put aside his dream of disappearing forever to once again jump into a world of conspiracy, murder and secrets.

With a target painted on their backs and racing against time to find a dangerous assassin who has never failed a single assignment, Alex and Nora must decide just how much they can trust Yadin... or if he's using them as pawns in his own deadly game.

Get ready for a riveting spy thriller like no other. Filled to the brim with pulse-pounding action, thrilling escapades, and a whole lot of secrets, this exhilarating sequel to Sandstorm is a book you won't want to miss.