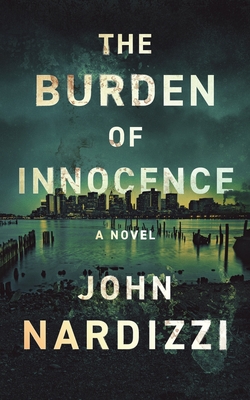 The Burden of Innocence

Investigation is continuing with the return of PI Ray Infantino in a crime thriller written by "a bold new poet of American noir - This is the book Chandler would have written if he'd been a real-life private eye." - Ellen McGarrahan, Author of NYT Editor's Choice Two Truths and a Lie.

The Burden of Innocence earned a 2022 Shamus Award nomination by Private Eye Writers of America for Best PI Paperback.

Innocence is pain-when you're locked in a cage.

Private investigators Ray Infantino and Tania Kong take on the case of Sam Langford, framed for a murder committed by a crime boss at the height of his powers. But a decade later, Boston has changed. The old ethnic tribes have weakened.

As the PIs range across the city, witnesses remember the past in dangerous ways. The gangsters know that, in the new Boston, vulnerable witnesses they manipulated years ago are shaky. Old bones will not stay buried forever. When a vicious gangster and a corrupt cop team up to derail the investigation, the stakes are higher than ever.

Can Ray and Tania solve the case in time to free an innocent man?

If you enjoy Robert B. Parker's Spenser, Sue Grafton's Kinsey Milhone, and James Lee Burke's Dave Robicheaux, you will want to join the thrilling investigations of Ray Infantino.

Content Warning: Please note that this is a crime novel and contains content that may disturb some readers, including scenes of violence, sexual assault/rape, and emotional/physical abuse.