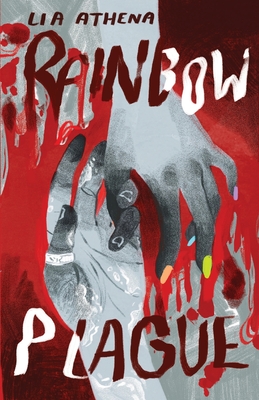 Maia Anna Robinson, a biracial gay high schooler, has never felt more certain of where she belongs in the world until the day she marched with her girlfriend at the pride parade. But because of circumstance beyond her control, the day that is meant to define her existence forever is the day that everything changes in her life.

It's the year 2026 and Doug Miller, a fanatically religious conservative, is president. He is obsessed with the idea that the members of the LGBTQIA+ community are "diseased" and thinks it is his "duty" to "cure" them. He has them taken from their homes and sent to camps, to be "changed" for the better.

They are sent to a place where their inner core is extinguished and all that remains is the ash of who they were.

Maia is one of those prisoners. She is only seventeen. She just saw her girlfriend die.

What will happen to Maia in this near future dystopian LGBT+ young adult novel, "Rainbow Plague"?