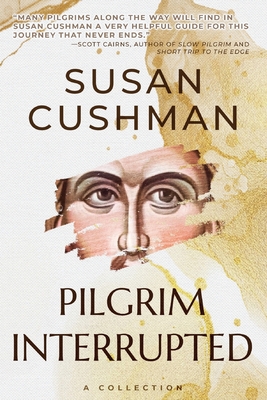 The title essay in this collection, "Pilgrim Interrupted," is set on the island of Patmos, Greece, during one of Susan's pilgrimages with her husband, Father Basil Cushman, an Orthodox priest. Pilgrimages. Orthodoxy. Icons. Monasteries. It's all in here. But so are stories about mental health, caregiving, death, family, and writing, including a section on "place," a key element in Southern literature. And how is Susan's pilgrimage "interrupted"?

Pilgrim Interrupted is a collection of 35 essays, 3 poems, and 5 excerpts from Susan's novels and short stories. Coming of age during the turbulent 1960s in Jackson, Mississippi; marrying young and adopting three children; leaving the Presbyterian Church of her childhood for the Eastern Orthodox Christian faith in 1987; Susan finally began to chronicle her journey in the early 2000s. Pilgrim Interrupted is her eighth book.