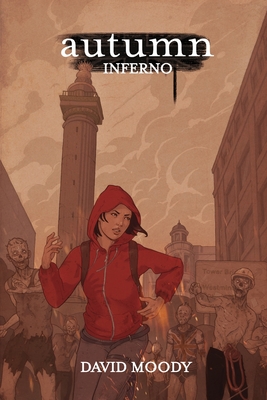 The survival of the rest still balanced on a knife-edge

There are now more than three hundred people grouped together on the banks of the Thames in the shadows of the Tower of London. On one side, the river. In all other directions, nothing but the dead.

If they can make it through winter, they'll have a shot at long-term survival, but with so many mouths to feed, food is at a premium. They have no choice but to scavenge through the ruins of London to survive, but with every street they clear, every building they strip, they risk enraging the vast hordes of the undead that have them surrounded.

It's a delicate balancing act: stave off starvation while doing everything possible to avoid all-out war.

But there may be another option...

Praise for THE LONDON TRILOGY:

"Autumn: Dawn is an unabated, unforgiving onslaught of intensity... keeps you gasping for air until the very end."-BookNest

"Autumn: Dawn is an instant classic of the zombie genre." -The Sci-Fi and Fantasy Reviewer

"A triumphant return to the rotting world of Autumn... I cannot wait to see where the story heads next. 10/10"-The Rotting Zombie