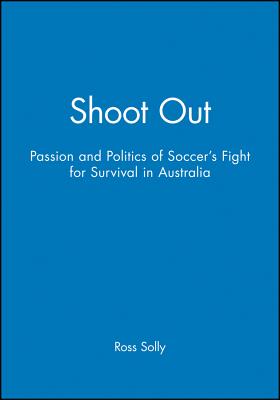 In this book, Australian journalist Ross Solly traces the political infighting, nepotism and incompetence that has strangled the growth of soccer in Australia for decades. The roll call of people who've tried to reform soccer, only to walk away in despair, is impressive. Even political heavyweights like Neville Wran, Nick Greiner and David Hill have had to admit defeat in the face of Machiavellian administrators and high farce. Following transfer scandals, resignations and damning top-level inquiries, Prime Minister John Howard had seen enough. He sent out an SOS -- get Frank Lowy back Billionaire Lowy, CEO of the Westfield Group, had early success in establishing soccer in Sydney and nationally. Now, after dictating terms including a handpicked board of management and a war chest of $15 million, Lowy has presented Australian soccer with a radical plan for reforming the sport. So it's time for the final penalty shoot out to decide the fate of Australian soccer for decades to come. Can Lowy finally succeed in creating not just a vibrant national competition, but also a strong national team that can strut its stuff in time for the World Cup in Germany in 2006?

Ross Solly is the author of Shoot Out: Passion and Politics of Soccer's Fight for Survival in Australia, published by Wiley.
Loading...
or
Not Currently Available for Direct Purchase