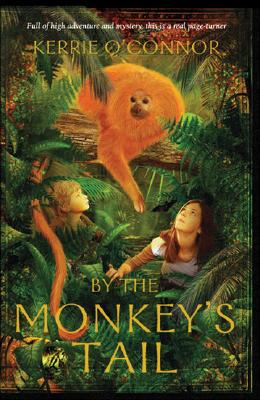 By the Monkey's Tail

The escapades of Lucy, Ricardo, and their Telarian friends continue in this thrilling sequel to the popular "Through the Tiger's Eye." Featuring magical realism elements, the novel once again reunites the young friends, this time to outwit the soldiers who are oppressing civilians in the fantasy world of Telares. The feisty young protagonists battle an underground river, take part in a desperate chase, and attempt a daring rescue mission. A dramatic mix of imagination, excitement, and humor, this novel also touches on important issues such as political repression and child labor.

Kerrie O'Connor is the author of "By the Monkey's Tail," "Little Jingle Says No," and "Through the Tiger's Eye." She has worked as an investigative reporter and a radio documentarian.
Loading...
or
Not Currently Available for Direct Purchase