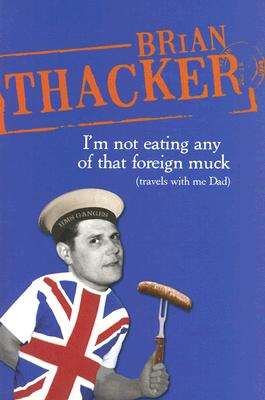 I'm Not Eating Any of That Foreign Muck

Travels with Me Dad

In a quest to grow closer with his father, this adventurous author drags his 72-year-old dad, Harry Thacker, off the couch and halfway around the world to exotic locations such as Gibraltar, Sri Lanka, Malta, and Singapore as well as to the not-so-exotic places in England from Harry's upbringing. Harry's fear of eating "foreign muck" is quickly forgotten as the pair embark on their travels and, along the way, Brian learns more about his father--including why Harry lost two fingers on his right hand and where he picked up his inexhaustible supply of awful jokes. What results is an honest and hilarious recollection of the bond between father and son--and of lives enriched by travel.

Brian Thacker is the author of The Naked Man Festival; Planes, Trains, and Elephants; and Rule No. 5: No Sex on the Bus.
Loading...
or
Not Currently Available for Direct Purchase