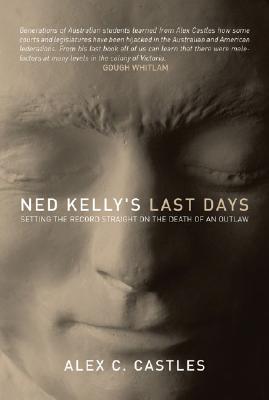 Setting the Record Straight on the Death of an Outlaw

Piecing together a vast jigsaw of obscure records and unpublished material, this exposé follows the final months of one of Australian history's most infamous outlaws. Ned Kelly—a beloved national icon—was just a bushranger who was to be punished for his crimes, but by 1880 everyone wanted him dead. Although many stories and rumors surround the Kelly myth, few know the details of what really happened in the 137 days between his last stand and the day of his execution. Exposing the blatant cover-ups, corruption, and the press's demand for blood that ultimately led to Kelly's death sentence, this book sets the record straight on the highly questionable judicial processes of the time and sheds new light on the life and death of the most famous bushranger of them all.

Alex C. Castles was one of Australia's leading legal historians, a long-time radio and television broadcaster, a professor of law at the University of Adelaide, and the author or coauthor of eight books on Australian law and history, including The Shark Arm Murders.
Loading...
or
Not Currently Available for Direct Purchase