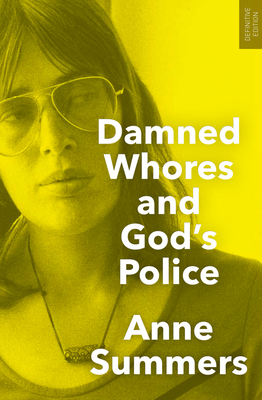 Sexual harassment, domestic violence and date rape had not been named, although they certainly existed, when Damned Whores and God’s Police was first published in 1975. That was before the Sex Discrimination Act of 1984 and before large numbers of women became visible in employment, in politics and elsewhere across society. It was in this climate that Anne Summers identified ‘damned whores’ and ‘God’s police’, the stereotypes that characterized all women as being either virtuous mothers whose function was to civilize society or bad girls who refused, or were unable, to conform to that norm and who were thus spurned and rejected. These stereotypes persist to this day, argues Anne Summers in this updated version of her classic book.

Anne Summers AO is an author, journalist, political adviser and pioneering feminist. She is former head of the Office of the Status of Women and was an advisor to former Prime Minister Paul Keating. Her books include The Misogyny Factor, Ducks on the Pond and The Lost Mother: a story of art and love.
Loading...
or support indie stores by buying on