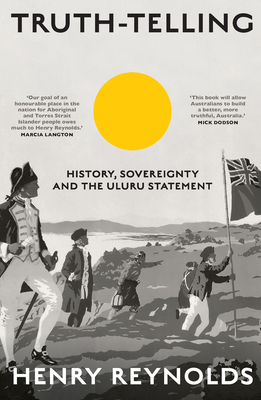 History, Sovereignty and the Uluru Statement

If we are to take seriously the need for telling the truth about our history, we must start at first principles. What if the sovereignty of the First Nations was recognised by European international law in the eighteenth and nineteenth centuries? What if the audacious British annexation of a whole continent was not seen as acceptable at the time and the colonial office in Britain understood that 'peaceful settlement' was a fiction? If the 1901 parliament did not have control of the whole continent, particularly the North, by what right could the new nation claim it? The historical record shows that the argument of the Uluru Statement from the Heart is stronger than many people imagine and the centuries-long legal position about British claims to the land far less imposing than it appears. In Truth-Telling, influential historian Henry Reynolds pulls the rug from legal and historical assumptions, with his usual sharp eye and rigour, in a book that's about the present as much as the past. His work shows exactly why our national war memorial must acknowledge the frontier wars, why we must change the date of our national day, and why treaties are important. Most of all, it makes urgently clear that the Uluru Statement is no rhetorical flourish but carries the weight of history and law and gives us a map for the future.

Praise For Truth-Telling: History, Sovereignty and the Uluru Statement…

‘No other historian can match Henry Reynolds’ impact on Australians’ understanding of their history and its troubled inheritance.’ —Mark McKenna

‘Reynolds’ books have shaped and defined our understanding of the conflicted history of Aboriginal-white relations.’ —Peter Stanley, The Sydney Morning Herald

‘Reynolds is perhaps the most important living Australian historian’ —Paul Daley, The Guardian

Henry Reynolds is one of Australia’s most recognised historians. His pioneering work has changed the way we see the intertwining of black and white history in Australia. His books with NewSouth include The Other Side of the Frontier (reissue); What’s Wrong with Anzac? (as co-author); Forgotten War, which won the Victorian Premier’s Literary Prize; Unnecessary Wars; and most recently The Whispering in Our Hearts Revisited.
Loading...
or
Not Currently Available for Direct Purchase