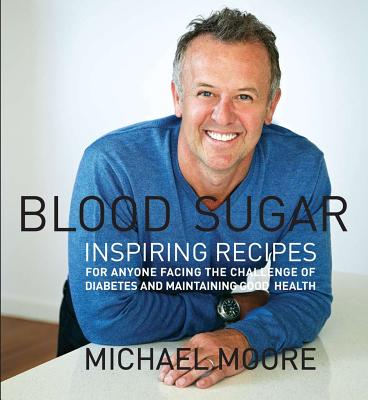 Chef Michael Moore was busy running his restaurant, cooking on television, climbing the ranks of top chefs in the world and travelling the globe.

Michael was already living with diabetes. For a top chef surrounded by great food, he faced the ultimate challenge of healthy eating and living.

One day out of the blue, he suffered a major stroke while out to dinner with his family, an event that changes his outlook on life and food forever.

Being a diabetic doesn’t mean you are stuck in a gastronomic wilderness. You can have great food that’s unexpected and exciting.

It’s all about keeping your blood sugar under control and balancing the ingredients to help you maintain good health,’ says Michael.

From early and simple beginnings in the UK Michael started out in some of London's best restaurants, including the Caf? Royal and 45 Park Lane. His first job in Australia was in Kables, and from there he moved to head chef at Pruniers in Woollahara, Bonne Femme, Wildfire, Group Director of Food for Sofitel Hotels and Resorts Australasia and consulting Director of Food at the Sydney Opera House. Michael Moore has appeared on television for the last eight years throughout Australia.