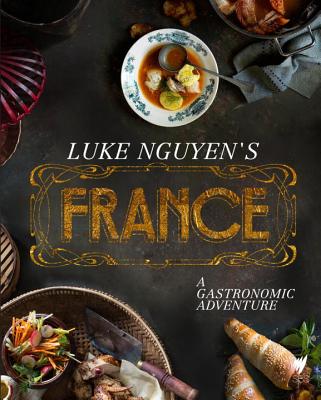 Luke Nguyen's France follows acclaimed chef Luke Nguyen as he discovers the flavors, ingredients and dishes of France that have influenced Vietnamese cooking. From the bustling streets of Paris and the historic towns of St Malo and Strasbourg to the coastal cities of Nice and Marseilles, Luke meets the chefs and locals to hear their stories and sample their regional culinary specialities along the way.

From classics to traditional recipes with a modern twist, Luke learns the secrets behind these much-loved French dishes, and discovers how their flavors have spread to the distant corners of the globe and influenced the dishes in his home country. Alongside French classics such as salade nicoise and gâteau basque, Luke shares his own interpretations of French-Vietnamese fusion food such as pho based on pot a feu, lychee and lemongrass bavarois or Vietnamese steak tartare with lemon juice, cilantro and fried shallots. Filled with beautiful location and food photography, and complimented with a stunning design that is signature to Luke's books, Luke Nguyen's France celebrates the flavors of these two cuisines with 100 exciting, inspired recipes.