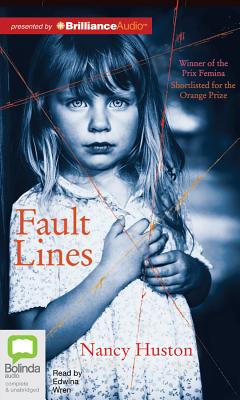 “I was absolutely blown away by Huston's novel, which extends from the present to 1944 Germany. She deals with horrendous issues, but the beauty of the story is in how Huston tells it, through the eyes of innocent children.”
— Peggy Walker, Harry W. Schwartz Bookshop, Brookfield, WI
View the List

Sol is a gifted and terrifying six year old; his mother believes he is destined for greatness. He has a birthmark, like his dad, his grandmother and great-grandmother. But when they all make an unexpected trip to Germany, terrible secrets emerge about their family's story during World War II. With its domestic focus but epic scope, Fault Lines is a compelling, touching and often funny novel. You ll find it hard to put down.