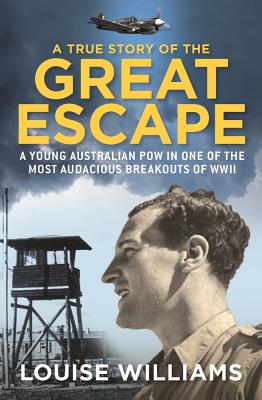 A True Story of the Great Escape

A Young Australian POW in the Most Audacious Breakout of WWII

Shot down in 1942, Australian pilot John Williams became a POW in the notorious Stalag Luft III camp in Germany. John and his best mate Rusty Keirath were among the 76 POWs who tunneled their way out of the camp in what became famous as the Great Escape. John's family was never told what happened to him. His niece Louise Williams has pieced together his life, from his upbringing in a tight-knit family hit hard by the Depression, his exploits in the air, the inventive collaboration of the POWs, to the tragic outcome of their escape.

Praise For A True Story of the Great Escape: A Young Australian POW in the Most Audacious Breakout of WWII…

Louise Williams has recreated his story from family memories, letters, documents, oral histories, and interviews with survivors of the Great Escape.
Loading...
or
Not Currently Available for Direct Purchase